This December, CITIZEN will celebrate more than three decades of continuous support for figure skating, one of the most graceful and dramatic winter sports. Starting with the International Skating Union (ISU) Grand Prix of Figure Skating Final 2015/2016 to be held from December 10th to 13th in Barcelona, Spain, CITIZEN will be the official corporate sponsor of five separate events leading up to and including the ISU World Figure Skating Championships. 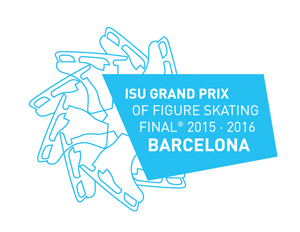 As the longest-running sponsor of ISU figure skating, CITIZEN has continuously supported the international sport for 33 years, since 1982. Figure skating taxes the limits of competitors, involving many difficult moves such as jumps and spins, all skillfully coordinated to appear both beautiful and effortless. This technically demanding ballet on ice has many similarities to watch manufacturing, which requires extreme skill in a variety of disciplines to bring thousands of parts and technical details together in elegant highly functional designs.

CITIZEN also see a commonality between the spirit of figure skaters — who pursue their personal best by striving to continually improve the various elements of their routines — and our philosophy of watchmaking. Our brand statement “Better Starts Now” reflects our simple belief that no matter who you are and what you do, it is always possible to make something better — and now is the time to start doing it.

As a true manufacture d’horlogerie, “better” begins with strictly controlling all the watchmaking processes — from development of movement parts to final assembly — within a single integrated company. In addition, we continually push the boundaries of watchmaking, as evidenced by a number of “world’s firsts.” These technological innovations include Eco-Drive, which powers watches using any light source, as well as Satellite Wave, which receives time signals and position data from GPS navigation satellites to enable watches to keep extremely accurate time anywhere in the world.

CITIZEN is proud to be a supporter of these athletes who work so hard to achieve their best performance on ice. ISU figure skating competitions sponsored by CITIZEN during the 2015-2016 season include: