Citizen Watch is proud to have held the position as an official timekeeper and sponsor of the US Open for the past twenty- five years with digital match clocks on all the playing courts. In addition, Citizen has clocks throughout the grounds of the US Open and on the façade of Arthur Ashe Stadium. 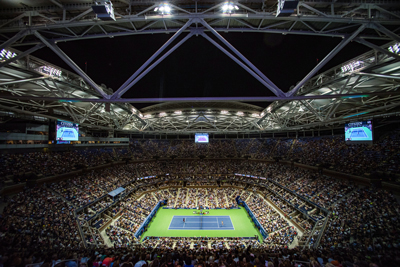 About Citizen Watch
CITIZEN WATCH is an authentic manufacture d'horlogerie with a comprehensive manufacturing process that extends from creating a watch’ s individual components to its final assembly. The company operates in more than 100 countries around the world. Since its founding in 1918, CITIZEN have held the belief of “Better Starts Now” — that is, no matter who you are and what you do, it is always possible to make something better, and now is the time to start doing it. Sharing this belief, we have made watches, invented and improved technologies and explored the future of watches such as our proprietary light-powered Eco-Drive technology, which originally debuted 40 years ago, and state-of-the-art satellite-synchronised timekeeping.